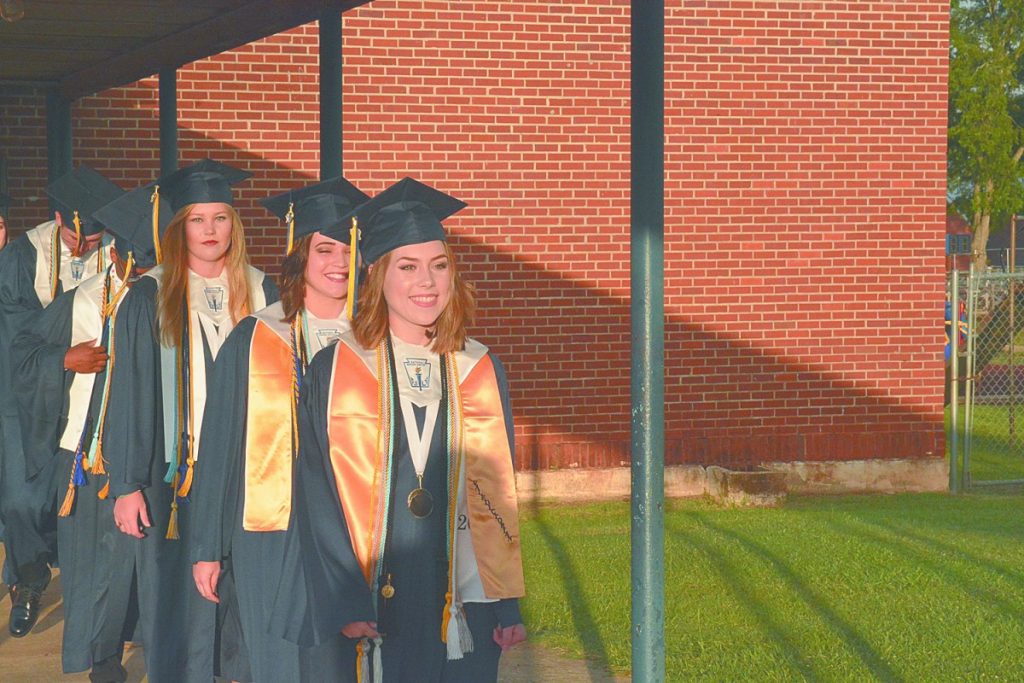 On Tuesday, May 23, McKenzie High School graduated 28 seniors. Ashley Lynch, Valedictorian, gave advice to her fellow classmates and the audience when she said, “Know who you are, then you will persevere, then you will find victory in whatever you do.

Principal Miles Brown spoke highly of the graduating class. He said, “Our goal was to raise ACT scores and we challenged the class of 2016-2017 to meet that goal and they did that, raising ACT scores by four points to 20.25.

Brown went on to add, “I always ask our seniors, what legacy are you leaving behind. This class not raised the bar on ACT scores but also scholarship money. They have received $877,400 in total, so far.” He continued, “I want to congratulate the class of 2017 and I want to congratulate the parents of the class of 2017. Seniors, you have left your mark on this school. I challenge you to leave your mark on this world.”

20 awards announced for The Standard