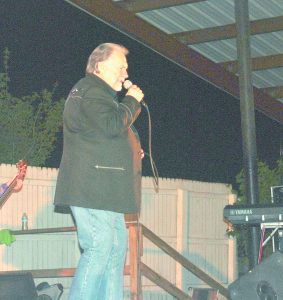 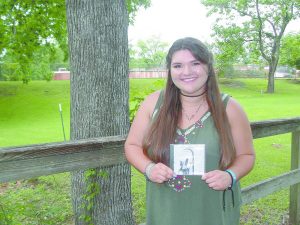 For the past 38 years some of the biggest names and many new up and coming artists in country music have found their way to the small town of Georgiana to perform at The Hank Williams Festival.

What started out many years ago as musicians just coming together to share their love of music has grown into what most know today simply as Hank Fest. Not only does this festival bring in the big stars, but it also brings in the big fans.

Narelle Turnbull, Mal Jocumsen and Dawn Patterson flew in from the State of Queensland Australia, traveling over 9000 miles to come and enjoy authentic country music.

For Narelle, this makes her second trip to the festival. “I’m just a nobody, and two years ago I met Jett, and now she is coming to Australia on tour in October and coming to Georgiana is what initiated that. I was a limousine driver and I was driving this gentleman to the airport in Australia and I recognized his southern accent.

“He told me if I ever was in Alabama, I needed to visit the festival. His closest dearest friend is Margaret Gaston the museum curator. So when I organized the trip two years ago, it coincided with the festival,” stated Turnbull.

After meeting Jett and returning home, the two have kept in touch and will be reunited again in October when Jett goes on tour in Australia. Turnbull is excited to spend some time with the country star while in her homeland.

Singing a mix of her songs and Hank’s songs, Jett Williams gave a great performance. She kept the crowd singing and dancing to what would end up being her final performance on the Festival stage. Needless to say the crowd was in shock when Williams announced her departure from the festival.

“I’m just ready to semi-retire from performing, and I’m eager to do more traveling, fishing and enjoying life. It’s been an honor to have been a part of this for 25 years, and I’ll always be supportive of the festival and my Georgiana friends and fans” stated Williams.

Her closing performance of ‘I saw the Light” was the perfect end to her 25 year run. Taking time from signing autographs, Jett posed for a picture with Narelle and Dawn from Australia. Jett’s fans will truly miss hearing her on stage at the festival. Maybe her semi-retirement will bring another book, or a few surprise visits back to Georgiana and the festival.

Local up and coming country star Hannah Scofield looked very comfortable on stage Saturday afternoon. Hannah, 17 and a senior at Fort Dale Academy, has been told she has an old soul that shines through in her sultry voice when on stage. “My favorite song to perform is Harper Valley PTA, I can throw sass into that song, and really get the crowd involved” said Hannah.

She currently has her first CD out which includes six cover songs. She wants to use this CD as a step into writing and producing her own one day. She is in the youth band Zone 4:12 at Southside Baptist Church in Greenville and just wants her drive and passion to come through in her music.

Brad Magness and The Flying Buffalo Band is no stranger to the festival. Since 1992 Brad has made the trip from Indiana to perform for country music fans in Georgiana. For the past 25 years, he has been on the artist line up, and has yet to miss a single year.

It was dedication at its finest. With a mixture of Bluegrass, Gospel, Southern Rock and Country he and his band put on a show that made the crowd. Magness hopes the festival will continue to grow, as he looks forward to his trips to South Alabama.

Mr. Gene Watson finished off the weekend in true southern style. Keeping to his roots, Watson ended the evening with his ‘Farewell Party.’ With this powerful voice, Watson has been called the Singer’s Singer. A title he has earned over his 50 year music career with traditional country music.

This year’s festival had something for everyone, from new artists to veteran musicians and everything in between. Even with rain in the forecast, people still came out and lined up their lawn chairs to pay tribute to Hank and hear down home country music. You can visit the Hank Williams’ Boyhood Home and Museum at 127 Rose St, Georgiana, AL