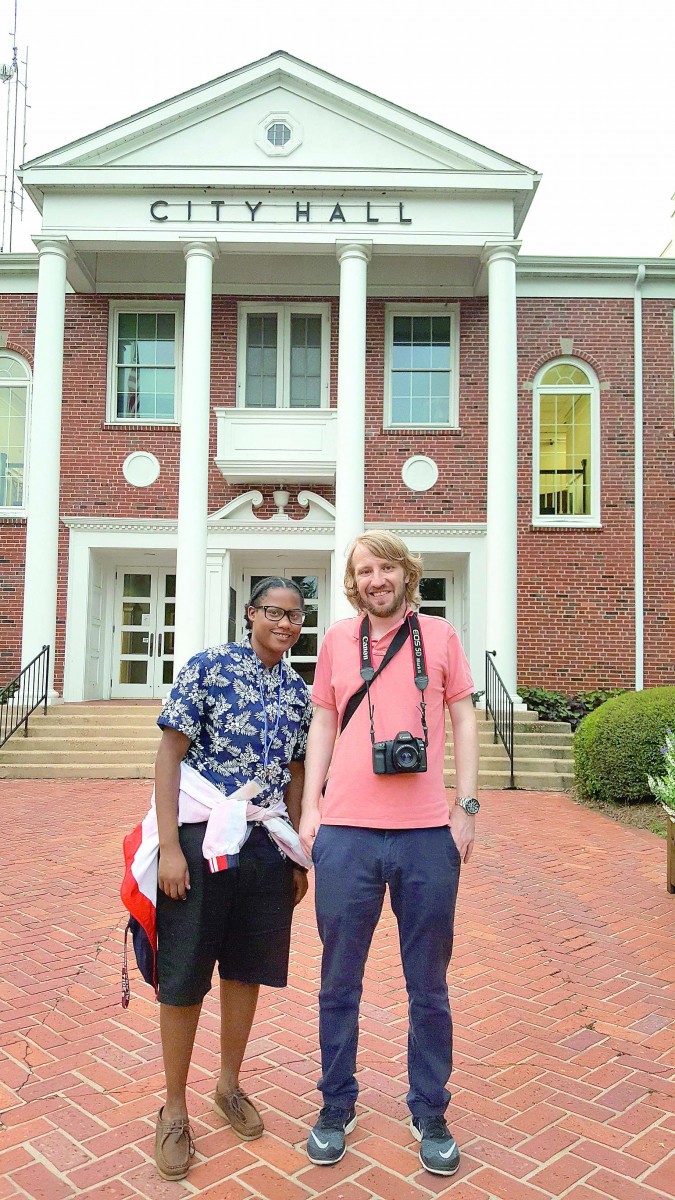 Scotland native John Millington, pictured above with Noel Jackson, was taking pictures along Commerce Street in Greenville on Monday, August 21 when they posed for this picture in front of City Hall. John, who had a strong Scottish accent, said it was always his dream to come to America and document the small towns. Albert Watson, a Scottish photographer who moved to New York, was his inspiration. John said by accident he married an American and he moved to the U.S. two years ago. He has since been travelling to small towns across the southeast, including Burnt Corn and cities in Mississippi and Arkansas documenting the people and architecture. He has an appreciation for architectural symmetry and stopped by Greenville to take pictures of the Ritz Theater. He has been teaching Noel photography. (Bruce Branum | The Standard)