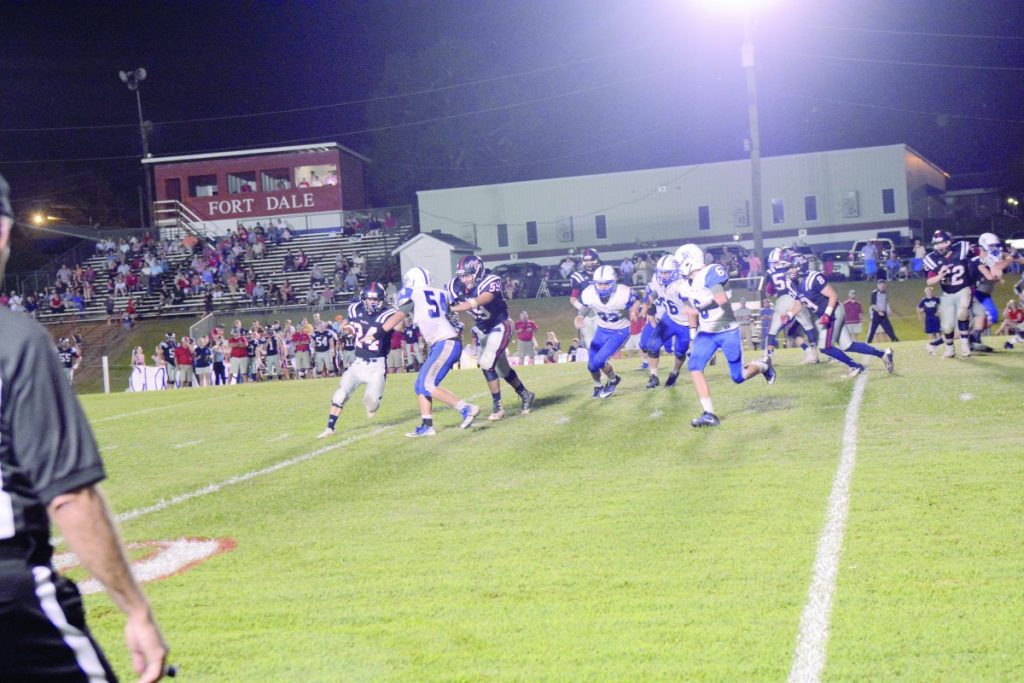 Last week’s Friday night football game for Fort Dale had them gliding in for an easy win against the Wilcox Wildcats 35-6.

The Eagles showed clear domination on the field from the first quarter to the fourth. At the start of the first quarter, Richardson received the ball for a 60 plus yard touchdown to put Fort Dale on the board first.

Eagle’s quarter back Luke Taylor then made a break from the pocket to scramble down field for another touchdown a few minutes later. Fort Dale ground out most of their points in the first quarter including another touchdown from Tripp Richardson on special teams.

He returned a punt for a 55-yard touchdown. Then Taylor landed a pass to Eagle’s receiver Jason Little for touchdown number four to close out the first quarter 26-0.

The Eagles Defense dealt with many penalties but managed to stay hot all night denying the Wildcats any points until late in the game.