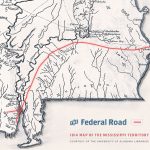 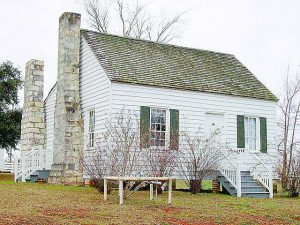 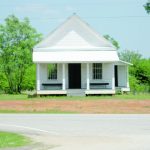 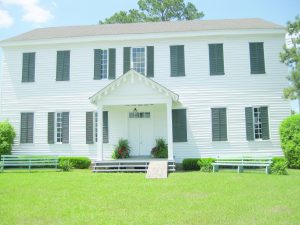 Visits to the historical buildings in the Perdue Hill community will be part of the BCHGS day tour to Monroe County on October 28. (Mollie S. Waters | The Standard)

The Butler County Historical and Genealogical Society (BCHGS) is turning its October meeting into a field trip filled with wonderful opportunities for participants to visit some of the area’s most fascinating and historical sites.

The trip is scheduled for October 28, and it will take participants along the Old Federal Road through Monroe County, from which Butler County was partly formed.

According to a news release from BCHGS member Annie Crenshaw, the trip will include areas with connections to Alabama’s earliest history.

“We’ll travel the route of the Old Federal Road to Monroeville, passing by the home of Dr. John Watkins, the physician who treated victims of Butler County’s infamous Ogly-Stroud massacre in 1818, and through the historic village of Burnt Corn,” the press release states.

The day tour will then take participants to Monroeville where they will tour the old county courthouse, which has been transformed into a museum that honors authors Harper Lee and Truman Capote, and visit the research rooms there.

The tour will then visit the historical sites of Perdue Hill and Claiborne.

The press release from the BCHGS states, “The ghost town of Claiborne, on a high bluff above the Alabama River, was established as a fort during the Creek Indian Wars in 1813-1814.

“It became a thriving river port where Butler County settlers obtained supplies – including the ill-fated William Ogly, who was killed in the Ogly-Stroud massacre of March 1818, a week after being accosted by hostile Indians while driving his ox-cart to Claiborne for provisions.”

Three Alabama governors once called Claiborne home, and the pioneer town even played host to famous Revolutionary War hero The Marquis de Lafayette when he toured the United States on the 50th anniversary of that famous war.

Participants will be transported to each location on a Capital Trailways bus that has a restroom and licensed driver.

The cost is $55 per person, which includes transportation, the fully guided tour, historic maps and brochures, refreshments, lunch, and admission to the museum and other attractions.

The tour is available to the public, but space is limited. Interested parties should reserve their spots as soon as possible.

For additional information, contact Annie Crenshaw at 382-6959 or email her at anniecrenshaw@centurytel.net.

The tour will depart Greenville at 9 a.m. on October 28 with a return time from Monroeville at 5 p.m.