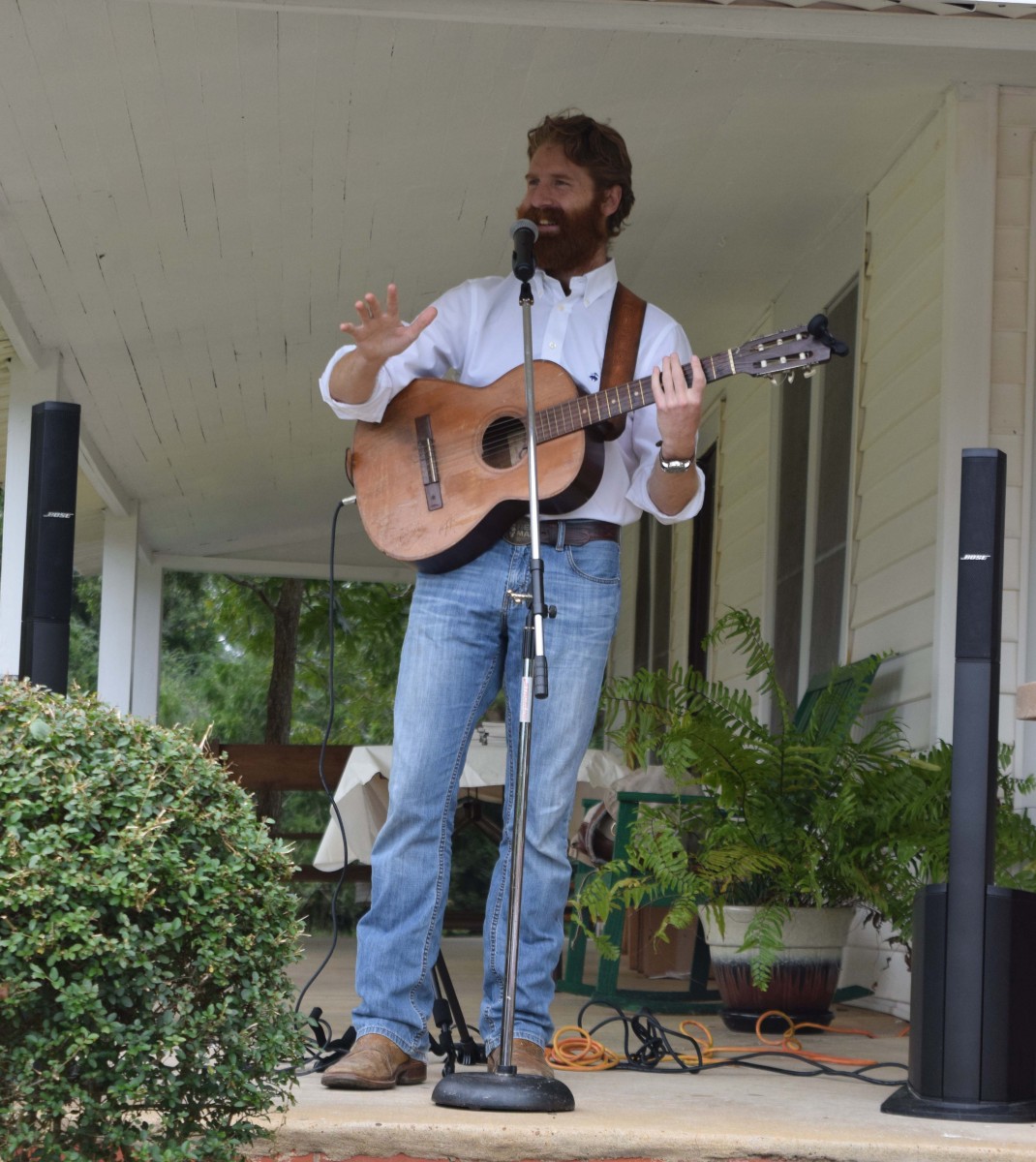 Sean Dietrich was the guest presenter at Nanny’s Fine Dining on Sunday afternoon.
Dietrich, author of seven books, writes pithy tales of Southern life.
Growing up, Dietrich’s daily struggles taught him many valuable life lessons, which serve as the subject of his speaking engagements.
Sunday’s event drew a crowd of about 100 people who listened to Dietrich’s tales and to him play some music as well.
“This has got to be my first time doing anything like this,” said Dietrich, “speaking on a front porch to a large group.”
Dietrich began his program by sharing several embarrassing stories from his childhood.
“I have a long history of making a fool out of myself in front of people,” he said.
One of his stories included his first public speaking engagement, an event that left a lasting impression on him.
“Thankfully, you only get a few really bad moments in your life,” said Dietrich.
He also admitted to giving a long and endearing eulogy for the grandmother of a childhood friend, only to discover later he did not know the deceased.
“But once you’ve met one Mrs. Myrtice, you’ve met them all,” said Dietrich when learning of his mistake. His friend’s grandmother was still living at the time.
Dietrich’s stories do have hardship as a central theme, but overcoming that hardship and continuing to improve one’s self are the main lessons of his tales.
To learn more about Dietrich, visit his website at seandietrich.com or his Facebook page “Sean of the South.”