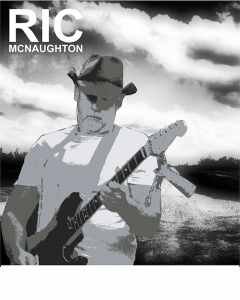 Ric McNaughton will open the 36th season of the Greenville Area Arts Council’s (GAAC) performances on Thursday night at The Ritz.

McNaughton’s bluesy musical style is sure to be a hit with the audience.

“Ric McNaughton became a guitarist at an early age and enjoys his weekend gigs in Mobile and Baldwin counties,” said Idland.

Although McNaughton’s performance is the highlight of the evening, it is not the only activity scheduled for that night.

“With the concert slated for 7 p.m. this Thursday, there will be a pre-show party in front of the theatre,” said Idland.

In addition to McNaughton, the GAAC 36th season will include performances by Sweet Tea Trio on Nov. 9, Joe Gransden on Jan. 25, and Billy McGuigan on Feb. 22.

“Tickets are available at the Pineapple,” said Idland of Thursday night’s show. “Also available are season tickets, which are a great value at only $40 for the entire season of four shows.”

Idland added that she hopes the citizens of Greenville will be out in force on Thursday night to support McNaughton.

“Let’s give him a great big Greenville welcome Thursday evening,” said Idland. “See you at the Ritz!”