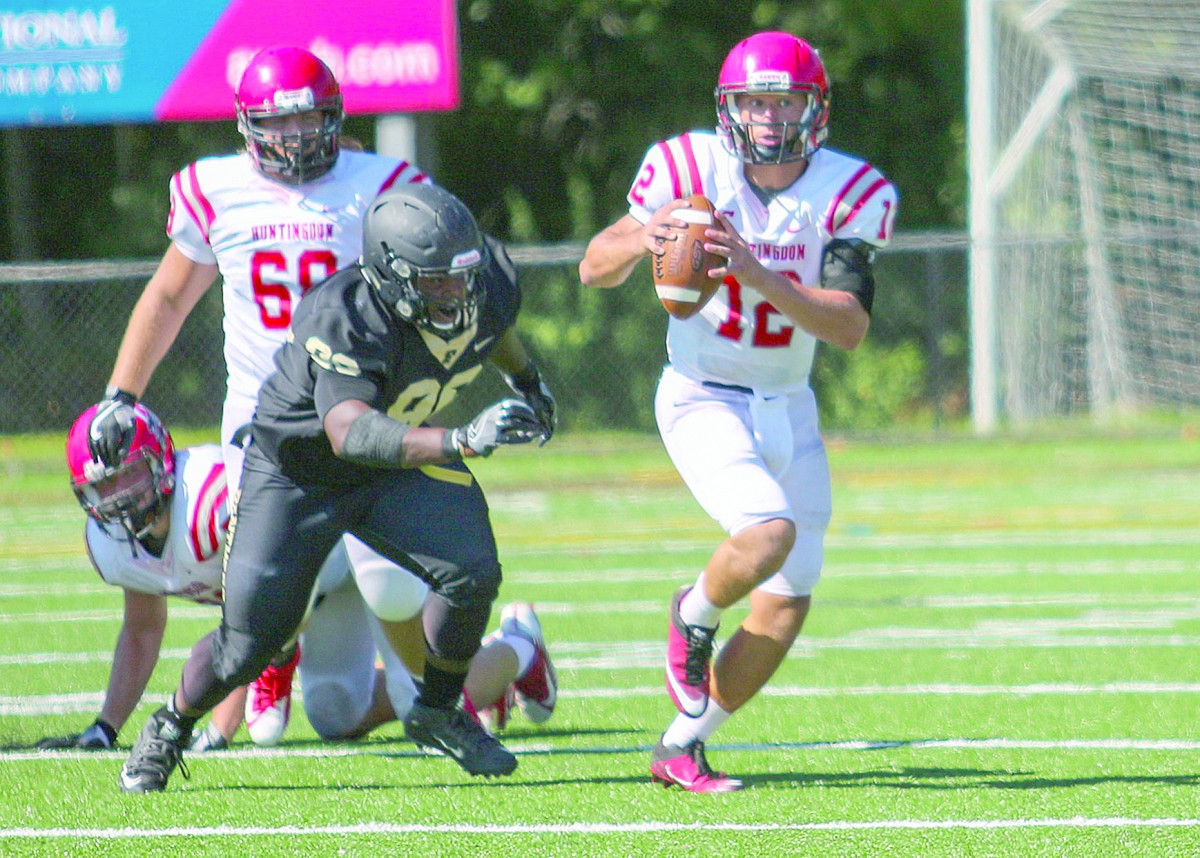 FAYETTEVILLE, N.C. – Huntingdon senior football player Chip Taylor was recognized with the release of the USA South Athletic Conference’s Athletes of the Week on Monday.

The Hawks’ quarterback was named the Football Offensive Player of the Week on Sept. 25, 2017.

Taylor accounted for 281 yards of offense and had a hand in Huntingdon’s first three touchdowns in a 38-10 win over Brevard College. Taylor completed 12-of-14 passes for 246 yards and two touchdowns and rushed for 35 yards and a touchdown on four carries.

Despite missing one full game and part of another game with an injury, Taylor has thrown for 904 yards and seven touchdowns this season and rushed for three touchdowns. He is fourth in the USA South in passing yards, second in passing yards per game and fifth in touchdown passes.