Author of Send the 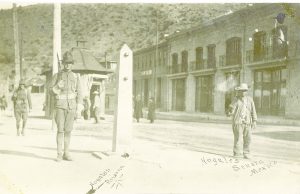 The Mexican Border in downtown Nogales, near the place where the soldiers from Alabama detrained. (PAHS)

I Fighters in the Rainbow Division