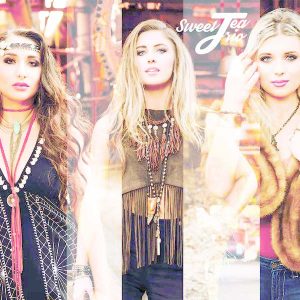 The Greenville Area Arts Council’s (GAAC) season is now in full swing, and patrons will not want to miss the next performance in the four-show season.

According to GAAC Director Nancy Idland, the second group to perform this season is the all-female group Sweet Tea Trio.

“Concert 2 of season 36 promises to be a crowd favorite,” said Idland. “The harmonies of this talented trio will have you wanting more.”

According to their website, Sweet Tea Trio is an award-winning group from Alabama that has played venues throughout the United States. They have opened concerts for Kid Rock and Bon Jovi.

In 2016, they were named Alabama’s Country Female Artist of the Year.

“Originally from Alabama, the now Nashville-based trio met in 2013 through a Birmingham artist development program called Nashville Bound,” states their website. “Each artist sang individually when they initially entered the program but quickly felt an instant vocal connection once they sang together. The Trio has been performing together ever since.”

The group’s self-titled EP, an extended play record, debuted in June and has since hit number eleven on the i-Tunes Country Chart.

According to Idland, tickets for the show are still available.

“The pre-show gathering will be in the lobby of the Woodruff Building beginning at 6 p.m.,” said Idland. “Tickets are available at The Pineapple in downtown Greenville and can be purchased with cash and checks.”

For more information about the group, visit their website at sweetteatrio.com.