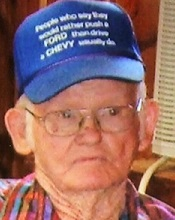 Cecil Betterton, a Georgiana native, was pronounced missing on Sunday, Dec. 17 by the Butler County Sheriff’s Department and the Alabama Law Enforcement Agency. He was found on Tuesday, Dec. 19 near the Conecuh National Forest in Florida by a game warden.

Betterton was described by ALEA as having a possible mental condition which was the probable cause for the missing persons report.

According to relatives, Betterton was found on a gated dirt road. He was found lying face down about 300 yards from his truck.

After being found, Betterton was transported to the hospital in Crestview, Florida. Family members were notified on Tuesday and he is recovering.

The family also wishes to thank everyone who volunteered with the search and the many prayers offered for his safe return.

Butler County Sheriff Kenny Harden was the first to notify the family of Betterton being found. Chris Sells also lent his plane to aid in the search for Betterton.