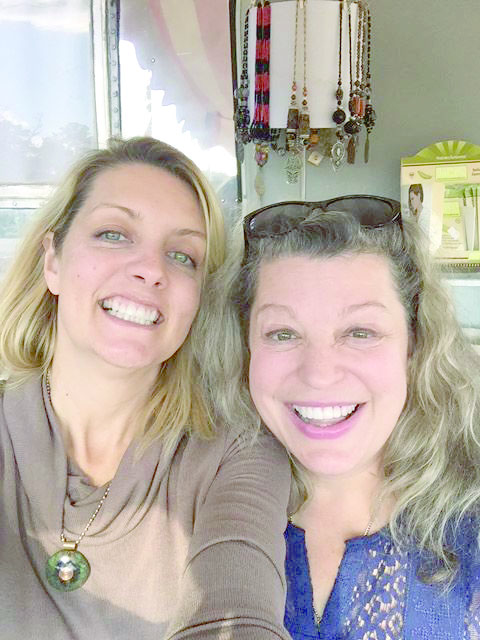 We often think of pioneers as people who settled the land hundreds of years ago, or invented some kind of scientific device or theory, but there are many local pioneers in our midst today. One such pioneer is Liza Berrey.

As of 2015, massage therapy was a $12 billion per year industry in the United States with a projected growth of 3.6 percent annually. In some cities, there are several massage therapy chains and franchises like LaVida and Massage Envy.

Locally, Berrey operates from Bella Salon in Greenville on Wednesdays and the Wind Creek Hotel and Casino Spa the rest of the week. Her work is a big change from her hospital career as a lab technician over 30 years ago.

“Back then I noticed a big difference in the gap between modern medicine and how people were actually treated,” Berrey explained. “For over 10 years I saw how doctors were pushed to meet their quotas, which gave them little time to spend with each patient.”

Berrey first tried massage for debilitating migraines. Twenty minutes after her first massage, her migraine had disappeared. She had always been interested in natural medicine, but with massage, Berrey had found a way to heal herself.

Years later, a friend asked Berrey to attend massage therapy classes with her and the rest is history. After getting that early certification and licensing, she actually made her first massage table from a door.

“At first people were hesitant and not sure what massage was all about. Some of my first clients were people who had traveled and tried massage before. Now most people are aware of massage and its benefits. I’ve been able to be a practitioner and an educator for many years now.”

Berrey sees the future of massage in line with the future of many natural healing modalities. Her clients seek massage therapy specifically for arthritis pain, Fibromyalgia, stress and sports injuries.

“Our grandparents had a sense of natural health and we are losing that generation that grew up on natural remedies, but now I see a resurgence of interest, especially with people who want alternatives to medications because of cost or side effects.”