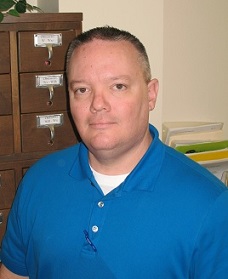 For anyone who loves history and is interested in the origins of Alabama, then the next meeting of the Butler County Historical & Genealogical Society (BCHGS) is not to be missed. The guest speaker for BCHGS’s first quarterly meeting of the year is John Jackson from Foley. Jackson’s topic is titled “Becoming Alabama.” Jackson serves as the current director of the Foley Public Library, which received a 5-star rating from the Library Journal Index of Public Library Service in 2016 under Jackson’s leadership. He also holds the distinction of being the former director of Baldwin County’s Department of Archives and History. Jackson was directly involved in creating a bicentennial  park for the community of Stockton, which is located in Baldwin County. The park includes historical information about Baldwin County’s past. Stockton holds the distinction of being the nearest community located near the Bottle Creek Indian Mounds, which is listed as an area National Historic Landmark. The State of Alabama has been celebrating many landmarks itself recently that will continue over the next two years. In 1817, Alabama officially became a territory when it was separated from the existing Mississippi Territory. In 1819, Alabama was admitted as the 22nd state of the United States of America. Jackson’s program “Becoming Alabama” is sure to be a delight and provide important information about Alabama’s storied past. The BCHGS quarterly meeting will be at 2 p.m. on Jan. 28 at the Greenville City Hall. The program is free and open to the public. For more information, contact program chairman Annie Crenshaw at 382-6959 or email at anniecrenshaw@centurytel.net.