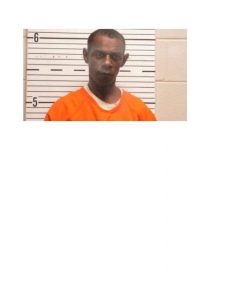 On Saturday, Jan. 6 Johnny O’Neal Allen, 46, attempted to kill his estranged wife with a shotgun at her residence on Wagon Wheel Road in Butler County. Sheriff Deputies had received a domestic violence call earlier that evening from the victim who said that Allen was going to come back and shoot her. When deputies arrived  the suspect was not on scene and they put out a BOLO (be on the lookout) alert for him. Allen is from Fort Deposit and authorities there were also alerted but attempts to find him were unsuccessful. According to Harden, the couple had been separated for two months. Allen returned later that night with a single shot shotgun and when the victim turned to run, Allen shot her in the thigh with what he described as a slug. She was transported to L.V. Stabler Hospital emergency room for treatment of her wounds and is recovering. After the attempted murder, the Sheriff’s Department made contact with Allen’s mother, who he was staying with, and his father brought Allen to the Butler County Correctional Facility and he turned himself in that night. Allen is charged with Domestic Violence First and Attempted Murder and remains, as of Harden’s report, in the correctional facility  on a $330,000 bond.