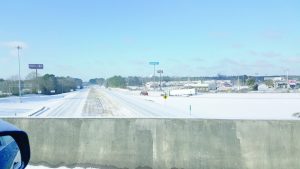 The interstate was eerily quiet Wednesday morning except for a wrecker and an 18-wheeler that had missed the on-ramp of I-65. (Bruce Branum | The Standard) 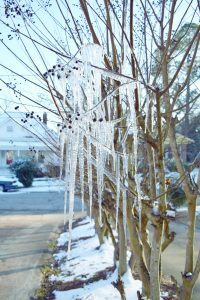 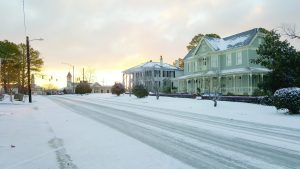 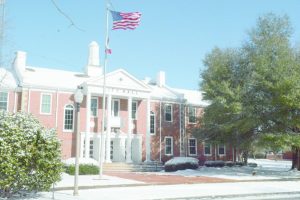 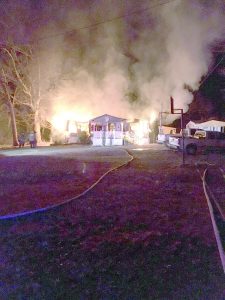 Winter Storm Inga swept through half the nation last week leaving wreck and havoc across her path and at least 16 dead in the South.

In Butler County, she closed county and city offices and businesses for several days. In the case of county schools, they were closed for three days from Wednesday to Friday, while county offices closed for two and a half. County offices re-opened on at 12 p.m. on Friday.

Up to three inches of snow fell in some areas of Butler County Tuesday evening into Wednesday morning and with frigid temperatures holding out for next two days, it caused road conditions is some areas to remain icy and hazardous to drive on.

The lowest temperature recorded in our area, according to the National Weather Service, was 14 degrees Fahrenheit on Wednesday morning. The wind chill was measured in the single digits as a cold north wind from Inga pushed through the area.

Temperatures barely rose to freezing Tuesday during the day. With a minor warming to 45 degrees during the day on Wednesday, it was not enough to melt the ice and snow on the roads in shady areas and north facing slopes.

County and city officials met several times through the winter storm event to coordinate efforts and determine road conditions for the practical safety of drivers in the county.

Dennis McCall, Butler County Engineer, indicated the county is not well equipped to handle such storms as they are rare, but they did get out and apply to salt to problem areas and bridges. They also traveled the roads to give reports the Butler County Emergency Management Agency (EMA) director Kris Ware so she could make determinations on road conditions.

According to McCall, east to west routes had the most serious icy conditions and though this storm was similar to the one in 2014 when I-65 was shut down and also Commerce Street in Greenville from the underpass to the courthouse, the predictions were better and the county was able to better prepare for the storm.

Ware said, “I want to thank all the first responders, Greenville Mayor Dexter McLendon, the commissioners, and public works departments for their response during the storm. They worked together as a team and responded to critical situations during the storm.”

She also wanted to thank the commission for allowing her to hire an assistant, Colby Benson. “She was a big help in helping get the word out to our community of the problems the storm had caused while I attended to other pressing matters.” said Ware.

The Butler County Sheriff’s Office reported there were several minor wrecks in the county as did the Greenville Police Department for the City of Greenville.

The worst event after the storm happened Thursday evening, when a Judy Bedgood Lewis’s double-wide trailer was completely burned down as a result of a fire on Montezuma Road, east of Alabama Highway 31.