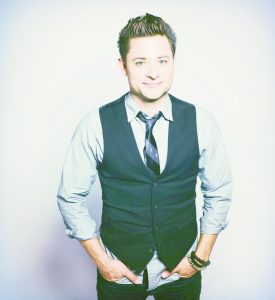 The Greenville Area Arts Council (GAAC) is bringing its 36th season to a close with one final performance.

On Thursday night, Billy McGuigan will be the headline act.

GAAC Director Nancy Idland believes McGuigan’s show will be an exciting way to cap off a wonderful year of performances.

“All of our shows have been unique and have definitely represented a wide variety of music,” said Idland. “That’s planned that way so we can hopefully make more people happy by having different genres of music.”

McGuigan is no stranger to Greenville, having performed at the Ritz on several other occasions, but Idland says this year’s show will be quite different from the group’s previous performances.

“This is a new show that they have put together,” said Idland. “We’ve never had this one before. The format of it will be a little bit different. Not only will there be rock-type music, but all kinds of music will be featured that will be tunes that people can recognize and will know.”

Idland said what makes this group special is their talent and special bond.

“They are brothers,” said Idland, “and now they travel the world presenting their music. It’s just going to be an evening that people of all ages will appreciate.”

Because this is the last show of the regular season, Idland encourages everyone to come out and enjoy it, but she also hinted that plans are already underway for the 37th season.

“We are already looking forward to next season and are excited about the prospects of the shows we are bringing in,” said Idland. “In fact, we have already signed one contract for the 2018-2019 season. We just want to continue to encourage people to be a part of it.”

The Billy McGuigan show starts at 7 p.m. at the Ritz on Feb. 22. Tickets are $20 and are available at the door.