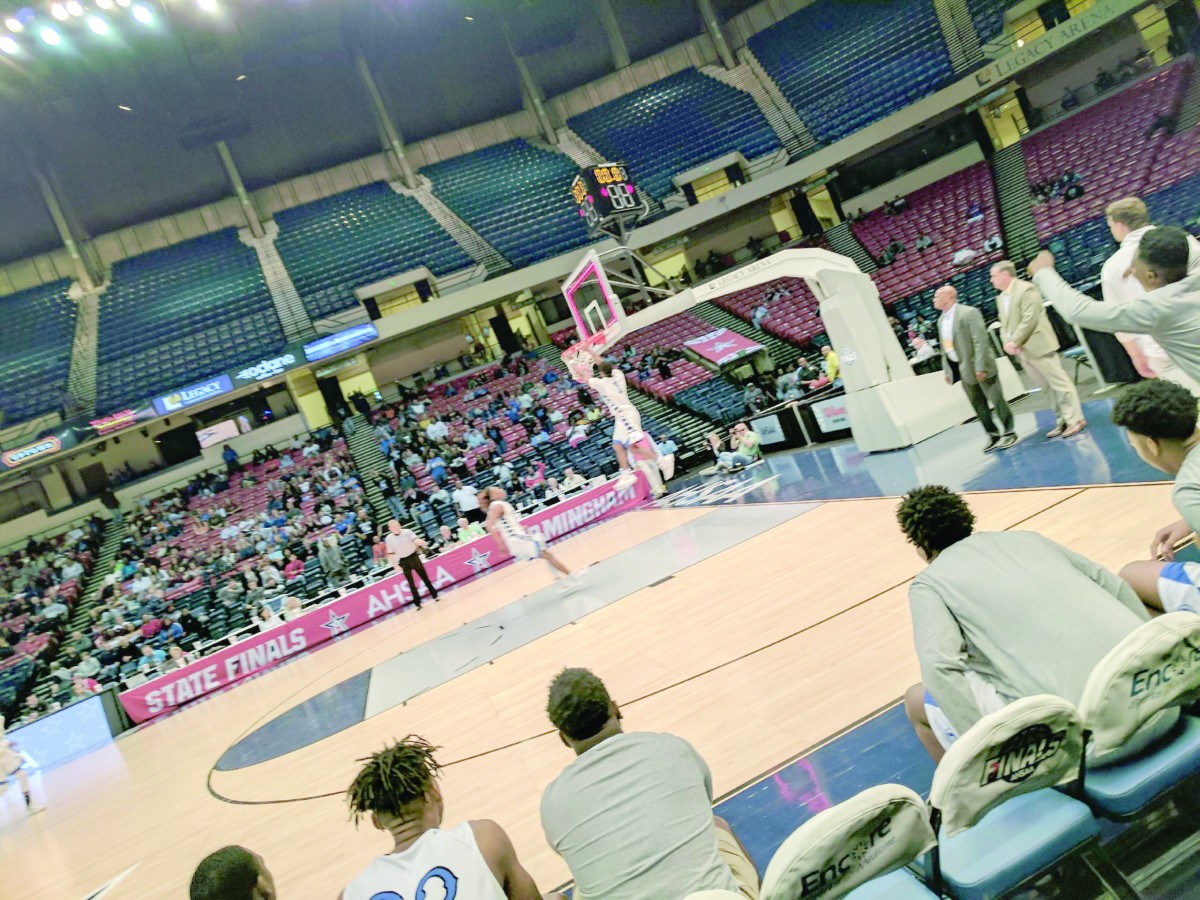 Georgiana Panther Christian Williams gets the final dunk at the end the semifinal basketball game against R.A. Hubbard. (Submitted)

BIRMINGHAM – Georgiana (30-3) jumped out to 24-7 lead in the first quarter Monday morning, Feb. 26, and rolled to an 80-58 victory over R.A. Hubbard (27-7) in the opening game of the AHSAA Class 1A Boys’ State Basketball Tournament at the BJCC Legacy Arena.

The semifinal win by Coach Kirk Norris’ Panthers advanced Georgiana to Thursday afternoon’s 5:45 p.m. finals at the 96th annual AHSAA State Finals Championships. The final Class 1A girls’ and boys’ semifinals and the Class 2A boys’ and girls’ semifinals are also scheduled for Monday. Sacred Heart Catholic and Cornerstone School were set to play in the other boys’ 1A semifinal Monday afternoon. Classes 3A and 4A are scheduled to play semifinals Tuesday, Classes 6A and 5A, Wednesday, and Class 7A semifinals will be Thursday morning.

The Chiefs of Coach Sonny Conwill were led by Riely Evans’ 13 points. Jaivian McGahee added 11 points and seven rebounds and Montoya Kellogg had 10 points. He also had four steals.

All semifinal games in the tourney are being live video-streamed by the NFHS Network and broadcast over the AHSAA Radio Network. Both may be accessed at www.ahsaa.com. Raycom Sports will broadcast all finals.

Georgiana advanced to the 1A title game for the second time in the last three years and reached the semifinals in 2017.