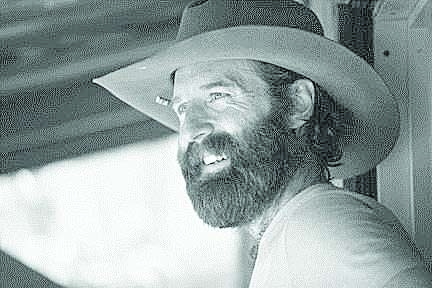 Sean Dietrich is returning to Greenville on March 11, and this time for a very good cause.

Dietrich, who writes under the name Sean of the South, is an author of several books about life in rural Southern areas. Dietrich often shares his personal stories about living in the South as part of his speaking engagements.

Dietrich has visited the Camellia City on a few previous occasions, including in September when he spoke at a front porch event at Nanny’s Fine Dining.

Nanny’s owner, Bec Duncan, said she knew after his first visit that she wanted to get him back to Greenville at some point.

Only this time, she had an idea of a way to help a local program, Safe Harbor, and to honor her sister’s Nancy Duncan Blackmon’s memory at the same time through a fundraising event.

“Safe Harbor was always Nancy’s passion,” said Duncan. “There’s nothing we could do better to honor Nancy’s memory more than to try to raise funds for Safe Harbor. She served on the board, and she just really believed in its mission.”

The third anniversary of Blackmon’s passing is on March 10, and Duncan said she originally wanted to hold the Sean of the South speaking engagement then, but with so many other wonderful events going on in Greenville already that day, including the Camellia City Festival, she decided to set the date for March 11.

“Sean is always a draw for large crowds,” said Duncan. “So this should be a great event.”

Tickets are $20, and attendees can purchase tickets ahead of time because none will be sold at the door.

Tickets are available at The PineApple, Camellia City Bakery, First Realty of Greenville and The Roost.

“Gates open at 12,” said Duncan, “with the price of the tickets, there is included a lunch plate and all of the entertainment. Steve Norman will start around 12:30. He’s going to perform until about 1:45. Sean performs at 2 p.m.”

Lunch will include a chicken plate, tea or water and pound cake for dessert. Attendees may also bring additional food or sodas.

“Bring your chairs because this is all outside,” added Duncan.

The event will take place at Nanny’s Fine Dining, which is located at 1464 Barganier Lane.