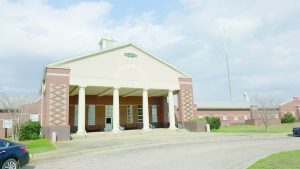 On Tuesday, Feb. 27, around 6 p.m., our department was notified of a possible social media post that was threatening in nature.

Several third party individuals stated that it was focused at Greenville High School (GHS). Our investigators immediately began gathering information in reference to the alleged social media post. We located and interviewed multiple students from the area and found probable cause to believe that a threat had been made but not on social media.

Investigators took multiple statements from witnesses that heard a particular 17 year old juvenile comment about “shooting up the school” while they were in class at GHS. The investigators were able to determine the identity of the juvenile and then located and brought the juvenile to the police department.

The Greenville Police Department (GPD) works closely with the FBI Mobile field office in cases like this and has made them aware of this particular situation. The GPD had extra security at Greenville High and other area schools as a precaution the next day.

We do not, however, have any reason to believe that any further threat exists. We urge parents to please talk to your children and make sure they realize that threatening others safety is no joking matter.

Our department has zero tolerance for anyone who would threaten the safety of others, especially one of our schools. If you know of any such threats or suspicious behavior, please do not hesitate to contact our Department at 334-382-7461.