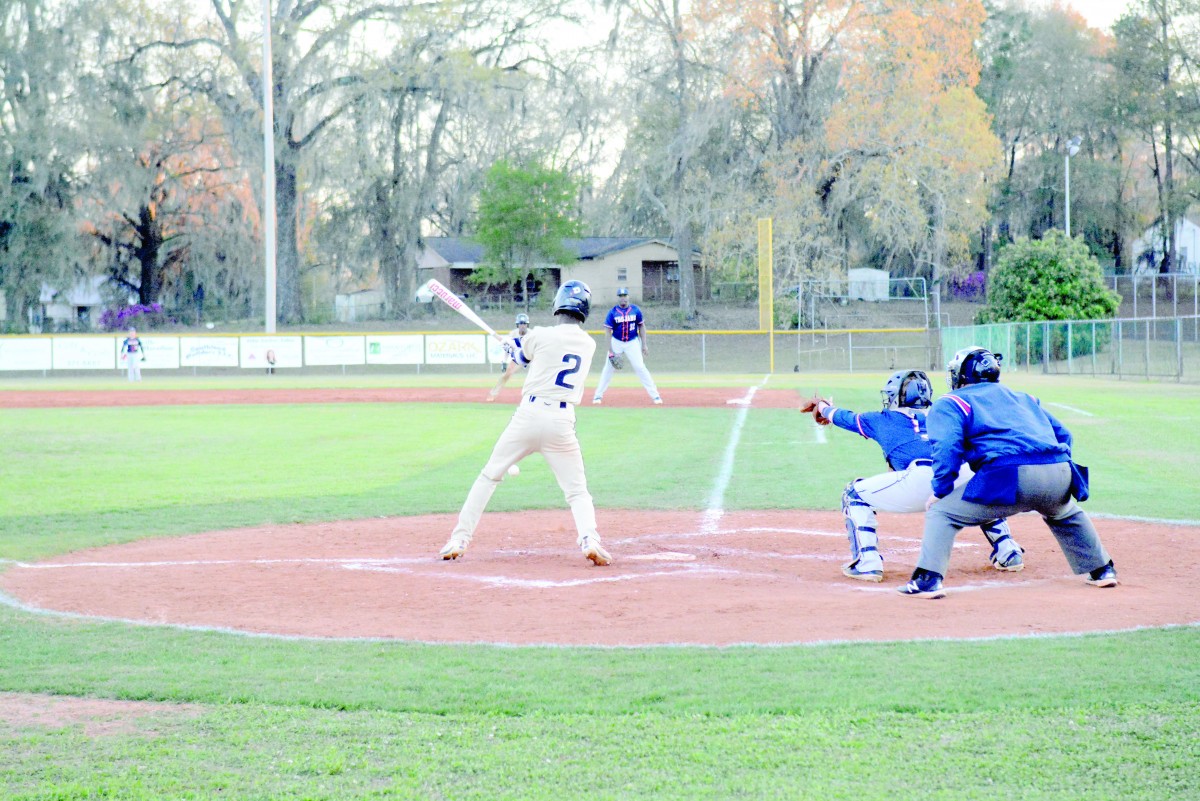 After some spring showers Butler County baseball resumed with vigor this past week. Georgiana Panthers varsity baseball team held a double header against Jefferson Davis High School on March 22 and lost both games, 15-0 and 16-0. Greenville High varsity team ran up against Charles Henderson Trojans back to back on March 20 and 22, and suffered two losses, 16-0 and 12-9. On March 23, Greenville played against Goshen and brought home a win that evening, 7-0. McKenzie saw plenty of Pleasant Home this past week, playing a doubleheader on the March 20 and losing both games 10-0. They played Pleasant Home again on March 22 and lost 21-11. Pictured above is GHS Tiger Jamil Thompson stroking a hit against the Trojans. (Clay Branum | The Standard)