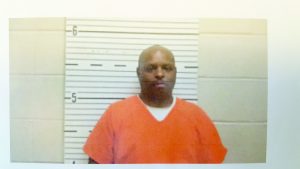 On Saturday evening, March 24, Anthony Fails, a 34-year old black male, was arrested by the Butler County Sheriff’s Department for sodomy. Sheriff Kenny Harden said his department was dispatched to L.V. Stabler Hospital in reference to a possible case of child sexual abuse. After investigation, they went with the child to Children’s Hospital in Birmingham. Sheriff Harden said the new rape unit trailer stationed in Georgiana had not been activated yet and there were not trained personnel on staff in Montgomery hospitals at the time of the incident, so they transported the child to Birmingham. Later that evening they executed a search warrant a house on Jazz Road and after recovering evidence they arrested Fails. During the investigation they determined there were two additional juvenile victims and Fails has been charged with four counts of sodomy. The case is still under investigation and Fails is currently being held in the Butler County Correctional Facility on a $180,000 bond. The victims were under the age of 12