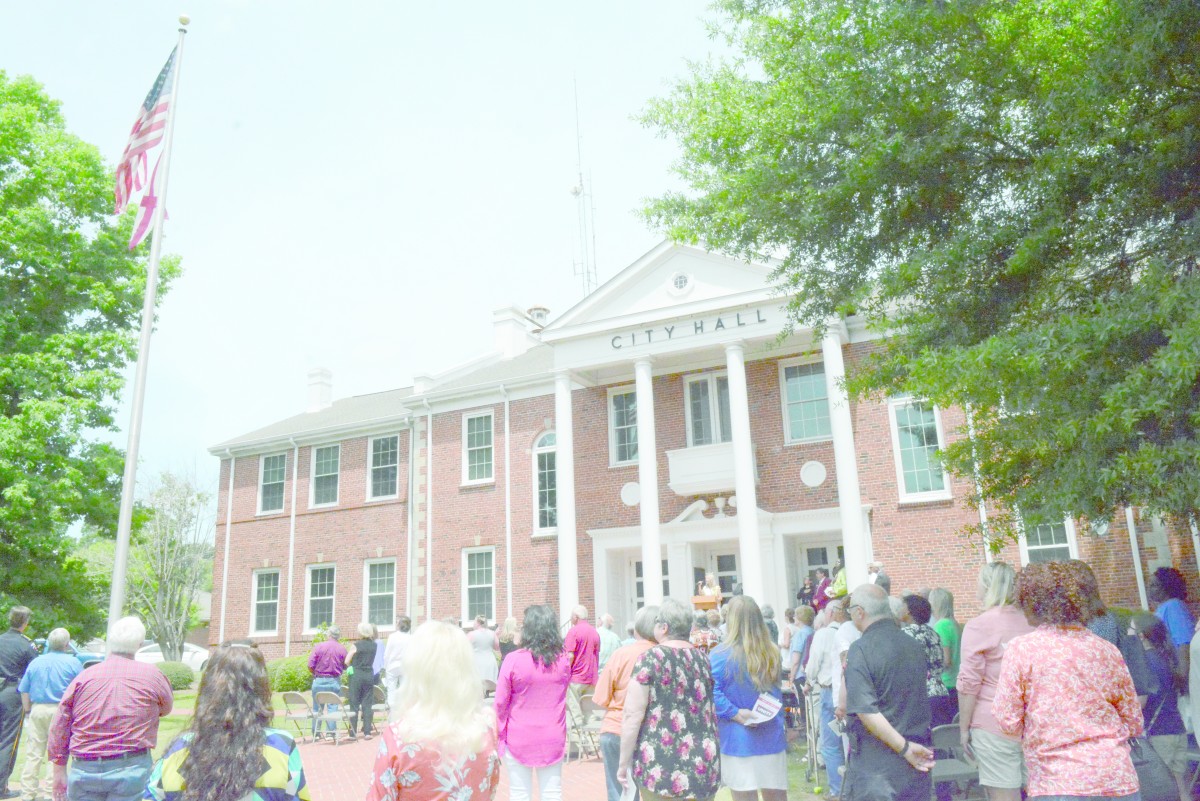 The National Day of Prayer was created in 1952 by a joint resolution of Congress, and signed into law by President Harry S. Truman. In 1988, the law was unanimously amended by both the House and the Senate and signed into law by President Ronald Reagan on Thursday, May 5, 1988, designating the first Thursday of May as a day of national prayer. Every president since 1952 has signed a National Day of Prayer proclamation. Members of the Butler County Ministerial Association gathered in different locations across the county to hold a celebration of National Day of Prayer and offered their prayers for the government leaders, military, first responders, business and economy, media, education, church and family. The prayer theme for 2018 was “Unity”, based on Ephesians 4:3. (Bruce Branum | The Standard)