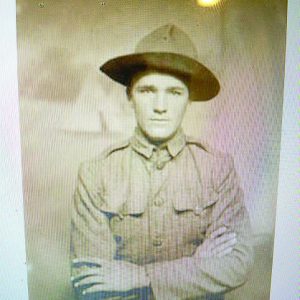 The Fort Dale Chapter, Daughters of the American Revolution (DAR), would like to contact relatives of Butler County, Alabama servicemen who were killed in action during World War I to invite them to a special event commemorating the centennial of the war on Thursday, July 26 at 11 a.m. at the Greenville Area Chamber of Commerce (GACOC) in historic downtown Greenville. The public is cordially invited.

An interesting program is planned and will include out-of- town guests, a state officer of the Alabama Society of DAR, Major Gerald W. Johnson, USA, Retired Vietnam Veteran, and special guest speaker, Nimrod T. Frazer, author of “Send the Alabamians.”

He is a member of both the American Legion and Veterans of Foreign Wars.

A memorial plaque will be dedicated by the Fort Dale Chapter and affixed to GACOC building.

Please contact the Fort Dale Chapter at 334-376-9213 or BCWWIMemorial@elmore.rr.com.

Men from Butler County killed in action in the Great War were: