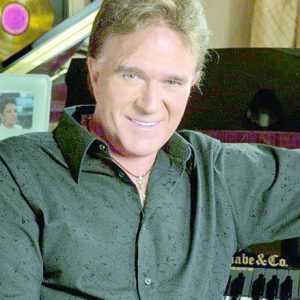 The 39th Annual Salute to a Legend will be held Friday and Saturday, June 1-2 at the Hank Williams Music Park in Georgiana.

Early in his career, T.G. became close friends with Elvis Presley. Elvis gave T.G. his first tour bus and he even lived at Graceland for a while during their friendship.

His passion along with 21 number one hits and being ranked among the top 100 country artists of all time has made him one of the most popular live performers on tour today. His steadfast dedication to entertainment has truly made him one of the great Legends in country music.

“Hank Williams like Elvis was an original,” said Sheppard. “Their songs were destined for immortality. People enjoy listening to them today, just as much as when they were alive. Their music reaches people. That’s what a good song should do, touch your emotions.

“That’s the kind of music I enjoy singing the most. The fans love it, and I’m glad to be coming back to Georgiana.”

Tony Jackson didn’t originally plan on having a singing career. He joined the Marine Corps after high school, served four years and was later re deployed during the Iraq War.

“I first got exposed to country through Armed Forces Radio,” he said.

When he was a pre-teen, he met Randy Travis.

“My dad was stationed in Rota, Spain, and we kids kind of had the run of the base,” he continued. “One day this guy comes up to us and starts asking us questions about what it’s like to live on a military base in Spain. Real nice guy, and of course we started eating it up, this man talking to us and asking us questions like it was important.”

The inquisitive stranger turned out to be singer Randy Travis, who was performing on the base that night. “I didn’t realize it until I saw him on the stage. It turned me on to his music.”

With an expressive singing style, Jackson is a welcome anomaly in the country music genre. In one way, the friendly vocalist is a throwback to classic sounds, like Merle Haggard, Willie Nelson, Lefty Frizzel, and Waylon Jennings.

Gates open Friday at 2 p.m., with the entertainment beginning at 3 p.m. The lineup for Friday will feature Brad Magness, Mary McDonald, Colon Leatherwood, and several others sharing the stage. T. G. Sheppard, the featured entertainer will take the stage about 9 p.m.

On Saturday, the music will begin at around 9 a.m. with the Hank Williams Fan Club portion of the show. The regular festival entertainers will begin about 1 p.m. and conclude with Tony Jackson appearing on stage about 8:30 p.m.

The Hank Williams Festival is an outdoor event, sponsored by the Hank Williams Museum. There is no reserved seating. Bring your lawn chairs. No lounge chairs, coolers, food, drinks, or pets can be taken into the park. The festival is biker friendly.

A special weekend ticket, which will be good for both days, can be bought for $40. This is a savings of $10 over the regular single-day admission price. This ticket must be purchased by May 26. To order, or for additional information, call 334-376-2396, or log on to: www.hankwilliamsfestival.com.