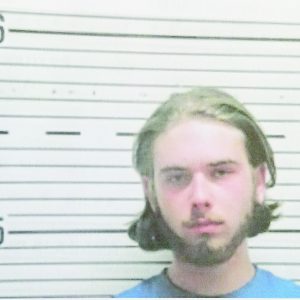 Tuesday, May 12 at a press conference held on the steps of the Butler County Court House, Sheriff Kenny Harden said, “It’s a sad day for us all.” He added the Sheriff’s department received a tip on Sunday and deputies responded to a suspected dead body.

“A body was found in the woods off Mt. Pisgah road Sunday afternoon around 5:39 PM. The body was recovered and sent to the lab of forensics in Montgomery,” said Harden.

Forensics positively identified the body as 18-year- old Maura McCoy, a female, of Wetumpka. The family of McCoy was immediately notified.

“Based on the information we obtained in the course of our investigation, Harrison Cole English was arrested Sunday evening and charged in connection with the homicide,” said Harden, and he again reiterated his earlier comments “It’s a sad day for us all.”

The Sheriff’s department could not release any other information citing that the investigation was on-going.

Harden thanked the Greenville Police Department for their assistance and the role they took during the investigation. Greenville’s Police Chief Justin Lovvorn also acknowledged the combined efforts of both departments.

McCoy’s family reached out to the public on social media after she was last seen on Thursday, June 7. Her car was found in a parking lot near Walmart in Greenville.

The bail hearing for English, age 18, was held Tuesday afternoon, June 12 and he is being held in the Butler County Correction Facility on a $500,000 bond.