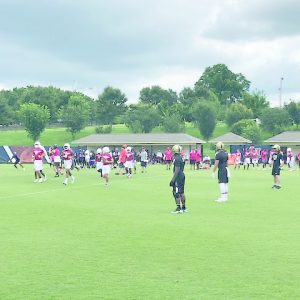 The Tigers, only into their first week of summer workout, were in Auburn for a little AHSAA 7A seven on seven football pool play against the likes of Prattville and Trussville High Schools.

Head Coach Joshua McLendon said,”We carried two deep, offensive and defensive lineman for the camp plus key personnel like our starting quarterback and running back. The team went 1-4 in pool play. It was not a great outing, but we’re just getting started.”

When asked how the team looks for the upcoming season, McLendon replied, “We have a lot of returning starters on both sides of the ball and we are gearing up for the season.” The Tigers head to Troy University for camp on the June 28 looking to brush off the rough edges.

Last year’s 5-5 record and falling to Beauregard by three points in the playoffs was rough for the Tigers, but their upcoming season kicks off on August 24. The will host the Hillcrest Panthers of Evergreen who were 2017 State Champions.