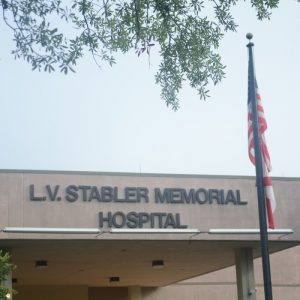 L.V. Stabler Memorial Hospital in Greenville has seen great growth since becoming a part of the local healthcare authority, but the hospital is looking to continue its upward momentum by bringing more healthcare professionals, local and from abroad, into its facility.

The hospital is operationally managed by the University of Alabama in Birmingham, but David Norrell, Director of Business and Development, said the hospital was hoping to bring a better understanding of what it means to be a community-driven hospital in a rural area to all healthcare professionals and bring some of Butler County’s own back to the hospital to service community members.

“We are starting to see the relationship of being a member of UAB health system come to light,” Norrell said. “It is starting to open up some doors, and it has kind of peaked people’s interest and made the recruiting process easier in some ways and more enticing or intriguing for healthcare professionals. But, getting a physician to a rural area is never easy, so in a lot of cases, you want to stay in touch with the homegrown folks, the people who have left here and went to med school. We are making every effort for any of those who have left and would like to come back home.”

Norrell said the hospital, now being a member of the local healthcare authority, should encourage residents of Butler County to take advantage of its facility also as the money spent in the community and at the hospital now goes back into funding further care.

“Being a part of a big corporation such as we were most recently, all of the funds didn’t necessarily stay in the community with the community hospital,” Norrell said. “Now, being owned by the local healthcare authority for the city of Greenville everything goes right back into it. It’s a win not only for the employees of the hospital, but also the community because they have an investment with the tax structure set up to help out with the funding operations here. It puts some community pride and commitment out there for the people of the community to say, ‘that’s my hospital.’ Now, it’s owned locally, and they can have a big say in that. Anyone can help it by entrusting their healthcare and their family’s healthcare to LV Stabler.”

But, recruiting is not all the hospital is hoping to boost over the next few months, Norrell said there were many improvements and changes coming to LV Stabler and he as well as the rest of the staff are looking forward to sharing these improvements as they come with the community.

“We’ve got two or three things coming in the coming weeks, and we can’t wait to share them.”