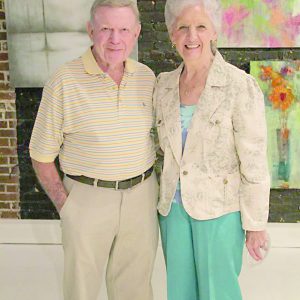 Carolyn Middleton, Butler County’s first female elected to office, left a legacy for all those who follow. Middleton, who passed away on Sunday, July 1 at age 76, was known for her professionalism and kindness. She was married to Al Middleton for 58 years.

Carolyn was first elected to office in 1978 as Butler County’s Tax Assessor. She had previously worked in the assessor’s office for five years before running for office.

She ran successfully five times for office and was the assessor for nearly 30 years.

Her burial followed at Magnolia Cemetery. A visitation was held from 1-2 p.m.

Donations may be made to FUMC Organ Fund or a charity of your choice.