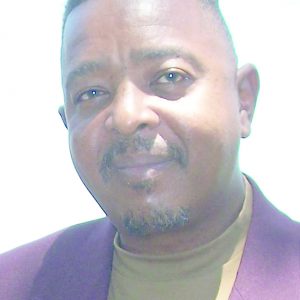 Jimmie Brown has declared his candidacy for Sheriff of Butler County as an independent candidate and will be on the voter’s ballot on Nov. 6.

He grew up in Forest Home and graduated from Greenville High School in 1982. He immediately departed for the U.S. Army after graduation.

He has more than thirty years of law enforcement training as military police and civilian police with the Las Cruces Police Department, in Las Cruces, N.M.

He started his law enforcement career at the age of 18 when he joined the U.S. Army Military Police. He attended basic training and advanced individual training at Fort McClellan, Alabama.

During his training as a Military Police Officer, there were different levels of competency training which had to be completed before graduating and obtaining the title of Military Police.

He acquired the title through rigorous training and dedication.  Brown stated that Military Police values are important and they are loyalty, duty, respect, selfless service, honor, integrity, personal courage, and “Don’t Run.”

After serving in the capacity of a law enforcement officer for eleven years in the Army, from Patrolman to Field Provost, his military career ended while stationed at White Sands Missile Range New Mexico.

He then joined a local police department in Las Cruces, N.M., where he spent serving for twenty years. During his career with the police department, he had the opportunity to provide security for several Presidential candidates who came to the state to campaign.

His unit was often requested for dignitary assignments. He also received recognition from the Governor for his specialized training and the training he provided to other law enforcement agencies.

He also received recognition from the American Legion Post for acquiring special training equipment for the officers and cadets of the department.

Las Cruces had a population of approximately 100,000 persons and was growing quickly when Brown retired in 2014. The police department had grown to approximately 250 personnel to meet the needs of the city’s growth and Brown stated he took pleasure in training most officers in several areas of law enforcement.

Brown said the Las Cruces Police Department was very innovative and provided training for the present and future of the department and its members.

“I was lucky to have been able to acquire this training and education that I would like to share; not only with the Butler County Sheriff’s Office, but the citizens of every community in Butler County,” stated Brown.

“I am currently running for sheriff, as an independent candidate. I have no political agenda and my sole purpose is to serve the citizens of Butler County. The Sheriff’s Department is currently understaffed and I will work with the commissioners to hire more personnel for patrol duties as well as detention center staff.

“I will bring more training to the department for the deputies.  Better training creates better deputies.  I will work with the school board and commission to get a deputy into the schools that have no resource officer.

“I will lend support to the volunteer fire departments, a critical asset to our county and I will create a citizens committee and meet with them on a regular basis.

“There are approximately sixteen communities in Butler County and I want to address each’s unique needs.  I will also start an elderly program to assist in the locating of those not in controlled environments,” stated Brown.

If anyone has concerns or questions they may contact Brown at 334-721-5901 (message only) or jbrown@jbrown4sherriff.com or via Facebook (www.facebook.com /jbown4sheriff).