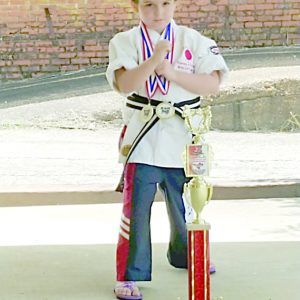 3,500 competitors from every walk and continent in the world competed at the U.S. Open ISKA World Championship. The event was held on Friday, July 6-8 at the Coronado Springs Resort in Orlando, Fla. and Georgiana’s own eight year old martial arts Phenom Dianna Sipper was among them.

Dianna’s mother, Vickie Sipper, said, “In the chaos Dianna had been mistakenly registered in a higher class but decided to compete anyway despite the error in registration.” Dianna took second place in traditional Kata forms out of 32 competitors and placed second behind a nine- year- old boy from the Dominican Republic.