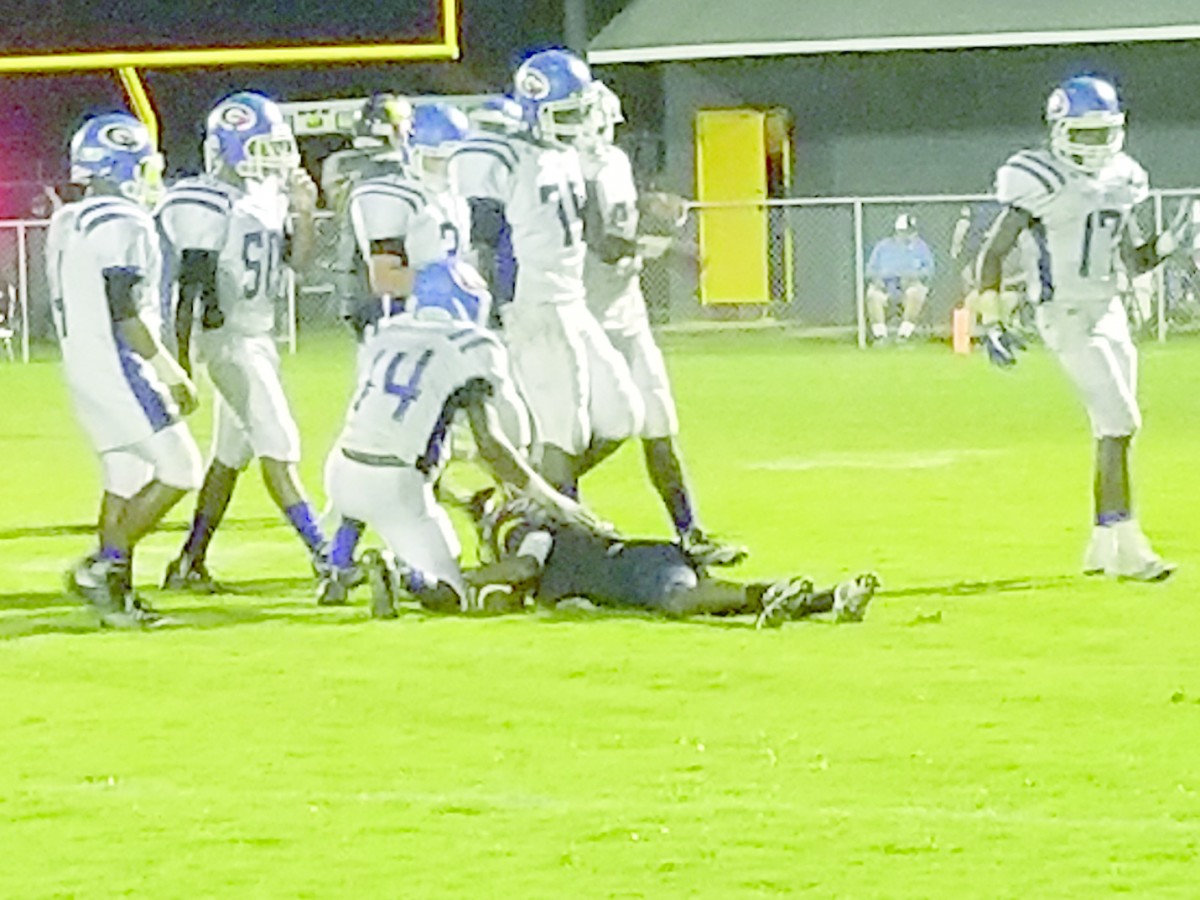 The Georgiana Panthers routed County 1A rivals the McKenzie Tigers 55-0 Friday night. It was a very long night for the young Tigers, from the opening kick-off to the final whistle. At halftime the score was 41-0. Georgiana scored in every facet: running, throwing and even took advantage of turn-overs to put points of the board. McKenzie just was no match for the Panthers. Georgiana has a home conference game against Brantley Bulldogs this Friday night. Brantley comes in with a 4-0 record with their most recent victory over Florala. McKenzie plays host to the Pleasant Home Eagles who are winless to date. Pictured is the Panther defense in swarm over a tackled Tiger. (Ray Van Cor | The Standard)