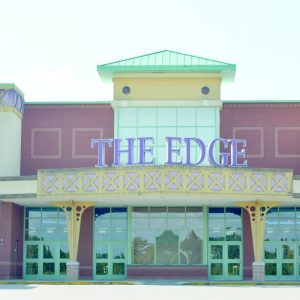 After quietly closing in mid-August, The Edge 8 Theatre is set to re-open on Oct. 5.

Michael Nimmer, who manages the movie theater for the ownership group called NAOS, said, “The former management company was not giving the theatre good terms for concessions, supplies and certain movies that would have performed well in our community. We had a hard time getting movies of local interest.”

Nimmer went on to state that 2017 was the worst movie year across all theaters in the United States.  “Under our current business plan The Edge will be an owner-operator system and that means we can directly negotiate for movies, concessions and supplies,” stated Nimmer.

He went on to say the movie selection is expected to improve but that certain movies may still prove hard to get.

“I’m excited to be back open,” stated Nimmer. “I love movies and am like a kid in a candy store. I never imagined the comic books I read as a kid would be made into such incredible movies. The movie industry has totally changed since the 70’s. The original Star Wars movies were ground breaking in their cinematography and animation. Since then, CGI and the use of computers have made animated movies life-like and I expect the development only to get better.”

The Edge will have $5 dollar movies Monday through Thursday and matiness for $7 for all patrons on Saturday and Sunday. Friday, Saturday and Sunday evening movies will cost adults $9. There will also be reduced concession prices.