The following members of Mt. Moriah Church were recognized recently after their passing: 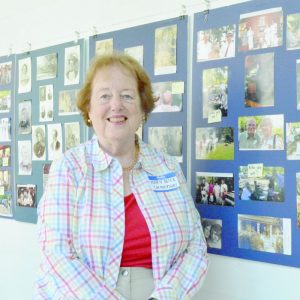 Donald, Robert “Bob” Glenn, Jr. was born Oct. 29 1957 in Selma and died July 22, 2017 in Montgomery.  He was the son of Robert Glenn Donald Sr. and Sara Sutton Timmons. Bob went to the University of Alabama where he earned a degree in Communications, but his life career was in residential real estate both as an appraiser and agent. He is survived by his wife, Catherine Molchan Donald, two sisters, Margaret Donald Miller (Richard) and Sally Donald O’Driscoll (John-Paul), and a daughter, Laura.

Godwin, Aubrey Vastine, was born in Forest Home on Jan. 4, 1938 to Harry and Rose (Luckie) Godwin and died in Phoenix, Ariz.  July 30, 2018. He was a gifted flutist and enjoyed playing the flute all of his life.  He was Director of the Alabama Radiation Regulatory Agency in the 1980’s and early 1990s, and then became Director of the Arizona Regulatory Agency in 1992 where he remained until retirement.  He is survived by his wife, Mary Jo (Talley), a daughter Whitney Jo G. Curry, and a son, John Roy Godwin.

Knight, Malynda “Lynn” Louise Ward, age 63 of Monroeville passed away on Wednesday, May 9, 2018 at her residence. She is survived by her husband, Lawrence A. Knight III of Monroeville; mother, Vera Ann Cobb Ward of Titus; two sisters, Martha Hardy of Wetumpka and Marian Helton of Titus.  Mrs. Knight worked as assistant clerk in the State of Alabama Supreme Court.

Stabler, Robert Eugene “Gene, ” born June 15, 1936, died Dec. 28, 2017. Is survived by his wife of 51 years, Julia Hays Stabler, his children Stephanie S. Cassell (Timothy), Stephen Ashby Stabler (Susan Strickland), Stanley Eugene Stabler (Susan Kelley), Scot Anthony Stabler (Megan Sutton) and Susan Leigh Stabler, and 11 grandchildren. He was a graduate of Moore Academy, Pine Apple, and Auburn University.  He served the State of Alabama for 33 years, as Assistant State Treasurer for 20 years, and as President or Chairman of many State entities. At his retirement, Gov., Fob James designated that day as “Robert E. Stabler Day.” He always served his state, his profession, and his communities well and honorably.

Wall, Janie, age 61 of Montgomery, was born February 10, 1957 and died on August 6, 2018, daughter of Samuel Harper Wall, Sr. and Martha Claire Gates Wall of Forest Home.  As a child she learned the art of southern gardening under the tutelage of her grandmother and great aunts.  She graduated from the University of Georgia in Landscape Architecture, and opened J. Wall Landscape Architecture through which she participated in many prestigious projects including designing the gardens for the Montgomery Museum of Fine Arts, the Scott and Zelda Fitzgerald Museum, and many real estate plazas and private residences throughout the southeast.  Her life was centered around her faith in Christ. She is survived by her sister Martha Wall Hicks, brother Samuel Harper Wall, Jr., nieces and nephews.

Whatley, John Alexander, of Opelika, was born May 1, 1953.  He grew up in Opelika and graduated from Auburn University with a degree in Building Science.  He met his wife, Debra Stone of Pine Apple, on a blind date. He is survived by his wife and their four children, Libby (Mike) Burch, Edward (Elizabeth) Whatley, Mary Kathryn Whatley and Walter Whatley.  He started his company, Whatley Construction Company in 1982.  He was an active member of Trinity United Methodist Church where he and Debra started the Believers Sunday School Class and where he was treasurer for thirty nine years.  Interment was at Garden Hills Cemetery.