The Butler County Commission is seeking to install an elevator in the Butler County Courthouse through a $250,000 Community Block Development Grant (CDBG) which will give handicap accessibility to the bathrooms and the second floor.

The commissioners will meet at the courthouse on Thursday, Nov. 29 at 5 p.m. to discuss various options which could make the long awaited elevator a possibility. The meeting is open to the public and was set at the Tuesday, Nov. 13 regular commission meeting.

During the Nov. 13 work session meeting, the commissioners were presented preliminary architectural plans by Chuck Jones for the modification of the courthouse to provide for an elevator.

Jones is with the architectural firm of Goodwyn, Mills, and Cawood. The grant was obtained through South Central Alabama Development.

After discussion by the commissioners of the original plan, they decided to have a second meeting to discuss alternatives.

The entire project is expected to cost $450,000. The county will use money from a bond re-issuance to make-up any difference the grant does not cover.

The commission also acknowledged a 10-year tax abatement granted by the City of Greenville for Hwashin America Corporation-Capital Investment for new manufacturing machinery valued at $26,318,000. The investment is projected to add 50 new jobs for the county.

In addition, the commission received the Butler County Correctional Facility (BCFF) Report. The commissioners noted past reports that were clean, but they should not have been. There had been a problem with the hot water heaters since March.

The commissioners gave Chairman Darrell Sanders the authority to move forward with an emergency contract for fixing the hot water heaters. Butler County Attorney Calvin Poole stated under rules and regulations concerning bid laws for emergencies in the State of Alabama the county did not have to bid out the contract work to replace the water heaters.

The next day, Wednesday, Nov. 14, Butler County Sheriff Kenny Harden had to transfer approximately 60 inmates to facilities in Lowndes, Covington, Conecuh, Crenshaw and Wilcox counties due to a lack of hot water.

They also transported five inmates to the Alabama Department of Corrections (ADOC) a few days early. Those inmates were already slated to be transferred to the ADOC.

Harden stated he obtained approval from the commission to contract with a company from Montgomery to replace the hot water heaters and was able to transfer all the inmates back to the BCCF by Wednesday of the following week. He also thanked the surrounding counties for their help.

The next item of business for the commission was the Emergency Management Agency (EMA) Director, Kris Ware, report for Homeland Security Grants totaling $168,186.

The next item of business on the agenda for the commission was the Butler County Engineer’s report. County engineer Dennis McCall sought and received authorization to seek bids for the road department surveillance system and to also seek financing quotes for a boom axe mower valued at $175,422.

McCall also updated the commission on the last A-TRIP paving project to occur in the next few months for the county. The project will repave County Road 7 from Alabama Highway 10 to the Wilcox County line. The length is approximately 9.385 miles and will cost approximately $12,500,000 to complete.

With receipt of McCall’s report the commission approved to pay bills and adjourned. 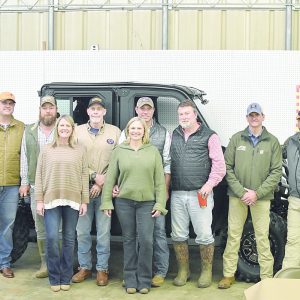 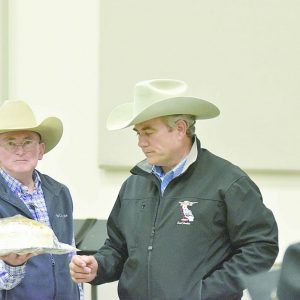