Butler County Sheriff Danny Bond has issued a warning to the citizens of Butler County advising of a phone scam currently occurring in the county.

According to Bond, calls have been received by residents of the county that represent themselves as the Butler County Sheriff’s Office.

In one particular case that occurred today, a citizen was scammed for $1,000. The scam caller advised the citizen they had missed a grand jury trial and that they faced going to jail unless the fine was paid immediately.

Bond said, “Today we have had several people from the county call in regarding calls they’ve received from someone stating they are with the Butler County Sheriff’s Office and in the conversation they are telling they need to get in touch with “so and so” with the civil division of the Sheriff’s Department and as they progress the conversation the person they are talking too is prompting them to not contact their attorney, not to speak with anyone else, and go ultimately to get prepaid cards from Walmart.

“Everyone that’s called in about it, we have told them it was a scam, but we did have one unfortunate event where one lady did go and spend $1,000 on these cards. It’s unfortunate that people do these kinds of things, but they’re out there every day.”

Bond also advises citizens to immediately report any such calls to the Sheriff’s Office at 334-382-6521. 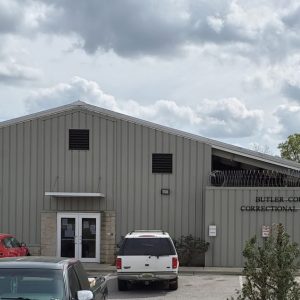