The Fort Dale Academy Eagles closed out their regular season this past Friday night and lost to the Escambia Academy Cougars 48-28.

The Cougars controlled most of the game against Fort Dale. The Eagles had a few bright spots but couldn’t manage to keep up.

The Eagles are 4-6 overall for the season to will travel to face the Bessemer Academy Rebels, Friday Nov. 8 in the first round of AISA 3A playoffs.

The Rebels have an overall record of 8-3 on the season.

If the Eagles beat Bessemer they will face either Monroe Academy or Lee-Scott Academy in the second round.

The Mustang defense proved to be too strong for the Tigers recording a safety in the first quarter. By the end of the first half Stanhope Elmore led 14-0.

Greenville finished their regular season with an overall record of 6-4.

The Tigers will travel to face the Citronelle Wildcats on Friday, Nov. 8, in the first round of AHSAA 5A playoffs.

The Wildcats overall season record is 7-3.

The Georgiana Panthers varsity football team, who are 5-5 overall for the season, travel to play the Sweetwater Bulldogs on Friday, Nov. 8, in the first round of AHSAA 1A playoffs.

The Bulldogs are 9-1 overall for the season after losing to Pike County this past Friday night.

Beulah had the Tigers by 28-6 at the end of the first half and never looked back. The Tigers only score came in the second quarter.

McKenzie’s overall record for the season was 2-9 and 1-6 in region play. 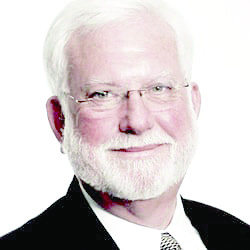