Today I will cover the running backs at the University of Alabama from 2010-2019.

He was a unanimous All-America, SEC Champ, BCS National Champion, and All-SEC in 2009.

He missed the first games in 2010 and was a First Round Draft pick of the New Orleans Saints.

He was a member of the 2009 and 2011 National Championship Teams. He scored a touchdown in both championship games.

He was drafted in the 1st round of the 2012 draft pick at #3 by the Cleveland Browns.

In the BCS Championship game vs Notre Dame, he rushed for 140 yards with one rushing and one reception TD.

He received the Offensive MVP. He declared before the draft and was the 61st pick in the 2nd Round by the Green Bay Packers.

He split time with Derrick Henry in 2014. He declared for the draft and was picked in the 2nd round by the Jacksonville Jaguars.

2015 was his year. He was a CFP National Champion, won the Maxwell Trophy and Walter-Camp.

He was unanimous All-America, First Team All-SEC, and SEC Offensive Player of the Year.

He set the SEC Single Season Rushing total for 2219 and 28 touchdowns. He declared for the draft and was picked in #45 in the second round.

Next week I will finish the running backs. 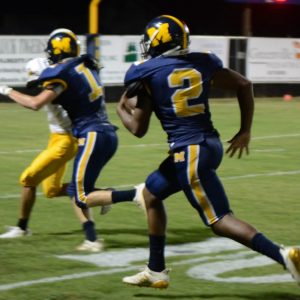 County teams get a break