The largest margin was of victory came in 1931 against Clemson. Alabama won in Montgomery 74-7. The tie came against Georgia in 1903 at Rickwood Field in Birmingham, 6-6.

No. 2 Alabama face off against No. 10 Georgia Tech. With two minutes left in the half, the score was 0-0. Enter Joe Namath who had been injured. At midfield, on the second play, Namath connects with David Ray to the 1-yard line. Steve Bowman scored.

Alabama’s record on Nov. 21 is 5-1. Alabama has hardly played on this date because they’ve played on Thanksgiving Day.

The first time they played on this date was in 1942 against Vanderbilt at Legion Field and they won 27-7. 1998 was the last time Alabama played Auburn at Legion Field. Alabama trailed 17-0 then scored 31 straight points to win 31-17.

The series was renewed in 1948 where they played at Legion Field from 1948-1988. 1989 was played at Jordan-Hare. In the nineties, Alabama played Auburn six times. Alabama record vs Auburn at Legion Field was 32-15. 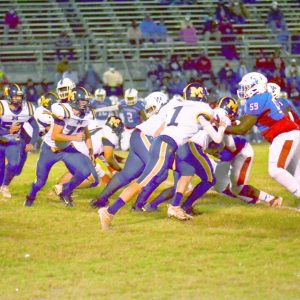 Tigers fall in second round 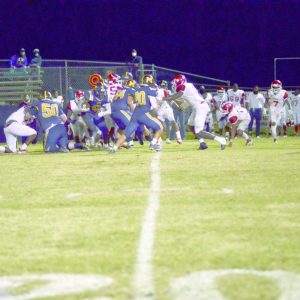