According to Butler County Sheriff Danny Bond, a manhunt for a white male, age mid 30’s, was still ongoing as of Monday, Sept 19, at 5 p.m.

He stated deputies tried to make contact with a gentleman on Kolb City Road, Sunday, Sept. 18, in relation to complaint issues.

Before deputies arrived the subject stole a vehicle. It was then determined he was located near Manningham Road and Ridge Road.

Bond stated that the subject then tried to run a deputy off the road who was headed to the location.

A high speed car chase ensued and a Greenville Police Department officer was also ran off the road.

The pursuit ended on U.S. Highway 31 South near the Greenville city limits in the area near Sunrise Cemetery when spike strips were deployed to stop the vehicle.

Bond said the man fled the scene on foot without a shirt and possibly without pants.

He noted a weapon was found nearby in the woods and it was possible the suspect could still be armed.

He added that tracking dogs were brought in, as wells as aviation from the Alabama Law Enforcement Agency, but that the search for the subject was still ongoing.

Bond said the man may be suffering from injuries sustained before interaction with law enforcement.

He encouraged the public to be aware and if they noted suspicious activity to alert 911.

The man’s name from various sources is suspected to be Bo Mount. 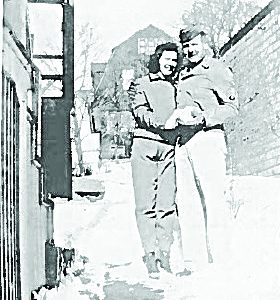 OLE STUFF AND SUCH Letters and cards, a by-gone era