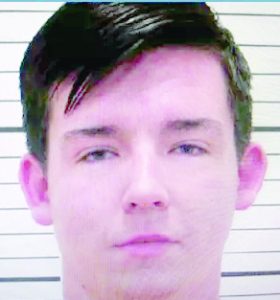 On Friday, Jan. 26, Butler County Sheriff’s deputy Matthew Goodson, 22, was arrested in Crenshaw County for multiple counts of domestic violence around 4 a.m. that morning. According to Crenshaw County Sheriff Mickey Powell his deputies responded to a 911 call and were dispatched to the residence of Goodson where they found evidence of abuse and arrested Goodson at the scene. His wife was taken to the hospital from treatment. The injuries she received were described as non-life threatening. Goodson has been charged with three offenses: Endangerment Welfare of Child, Domestic Violence 3rd Degree and Domestic Violence Strangulation. According to Butler County Sheriff Kenny Harden he was called to the crime scene in Crenshaw County and by 8 a.m. that morning had fired Goodson. “I will not tolerate any deputy breaking the law,” said Harden. Goodson had been employed with the Butler County Sheriff’s department for approximately six months. Previously, he was an officer with Georgiana Police Department until Jan. 25, 2017. On that date he walked away from employment with department while on duty, according to city officials.