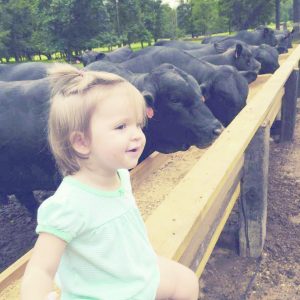 The Butler County Cattlemen’s and Cattlewomen’s Associations are planning their inaugural Spring Market on March 24 from 9 a.m. to 4 p.m. at the Butler County Fairgrounds.

According to Alvin and Debbie Stinson, who represent the two associations, the event will include arts and crafts, lots of food choices, special entertainment for children, and music everyone can enjoy.

Alvin Stinson added that, for several years, the cattle associations have been able to award scholarship money to area college-bound students.

“A lot of people don’t know in the past about five years we’ve given away $4,000 a year in scholarship money,” said Alvin Stinson. “We try to give away at least a $1,000 scholarship per year per child. You have to be a member of the cattlemen’s association for at least two years to qualify for it and have a parent or grandparent that’s a member of the Butler Cattlemen’s Association. We like to give away; we like to help.”

Stinson explained the idea for the Spring Market was a way to do something new and to draw in interest from those who are not necessarily participants with the cattle associations.

“This is something new,” said Stinson. “In the past, we’ve raffled off a heifer or a bull; we’ve done that for the last four or five years at the county fair.

“We kind of wanted to get away from selling raffle tickets and try something new. It’s starting out as a one-day event this year, but if it’ll grow and do better, we may can go to a two-day event and make it a big thing for the county and for Greenville.”

Stinson hopes this year’s event is just the start of something great.

“We’d like to expand it to show calves out there maybe in the future and make it an annual event every year,” said Stinson. “The possibilities are unlimited as to what can be done.”

The day promises to be filled with fun for everyone.

According to Debbie Stinson, the cattlewomen’s association will also be selling cakes.

“It’s the weekend before Easter, so hopefully, people will come out and get their baked goods,” said Debbie Stinson.

For children, entertainment will include a giant slide and bouncy house. The organizers are currently working on getting pony rides for kids.

In addition, attendees will have the opportunity to enjoy the musical entertainment of Steve Norman, Gage Smith, Nathan and Fletcher Robinson, Max Conway, Timmy Stewart and Hannah Schofield.

“There will be entertainment on stage all-day during the event,” said Debbie Stinson. “It’s also going to be on the radio.”

Animals will be available for purchase, including chickens and rabbits.

“If anyone has an animal they want to sell,” said Alvin Stinson, “bring it, and we will put it in the barn.”

Right now, the association organizers are still looking for vendors. The cost per booth is $40. For more information about being a vendor, contact 334-376-2454.

With items such as home-baked goods, jams, jellies, homemade sewing items, candles, and much more, there is sure to be something for everyone.

“We just want the community to come out and support this,” said Debbie Stinson. “We want to make it an annual event.”