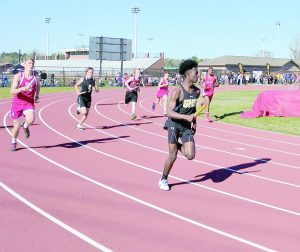 In their first track meet in over 30 years, the Georgiana School track team placed eighth out of 16 teams competing this past Thursday, March 22 at T.R. Miller High School in Brewton. They were the second highest scoring team among the 1A division and only five