Special to the standard 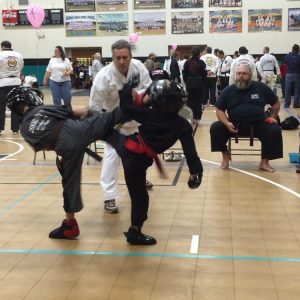 Big Kicks and yells are coming to our area Saturday, June 9.

No, they’re not raising taxes again; it’s the 20th Annual South Alabama Karate Open tournament. The tournament starts promptly at 10 a.m. at Straughn High School and the prestigious event is hosted by Isshinryu Karate of Andalusia.

Through the years this tournament has morphed into an incredible martial arts event, featuring top competitors from several different styles of martial arts to include Taekwondo and kung Fu. The tournament itself has a great reputation in the martial arts world and is known for strong competition, fairness, and great awards.

Tournament Director, Sensei Mark Rudd said, “We attract competitors from six surrounding southeastern states with 20 plus schools competing last year and this year is shaping up to be even better. It’s really fantastic the competition at each level and age groups, definitely something to behold. We cordially invite everyone to join us. Admission is only $5 for spectators ages six years old and up.”

This year’s competition will include local talent such as eight year old Karate Phenom Dianna Sipper of Greenville and 16 year old Jacob Z. Hardee of Evergreen’s Black Dragon Dojo, who is making his first tournament appearance under the tutelage of Georgiana’s own Sensei Ray Van Cor.

This year’s tournament should make for a spectacular day with exhibitions of speed, agility, power and plenty of high flying kicks will be on display.