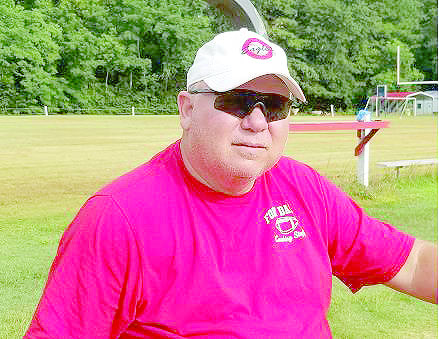 The Fort Dale Eagles are at it early these days with a 6 a.m. weight room call for the Eagles, which include three hour training and conditioning sessions for both varsity and junior varsity. Head Coach Speed Sampley said, “Most of our kids are in other athletics but all our athletes, girls and boys regardless the sports are in summer conditioning. We won’t really get into the football rhythm until July.” When asked how his team looked for the forth coming season he said, “We’re a bit short on personnel this year. We lost 15 seniors that played but we have four returning starters that will obviously play both ways. We have a couple of lineman that will be returning from injuries.” The Eagles kick off their regular season against Auburn’s Lee Scott Academy Warriors and will be trying to best last year’s record of 7-4. (Ray Van Cor | The Standard)