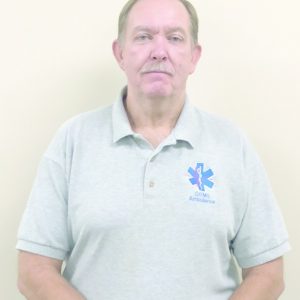 Wayne Garlock is currently serving his fourth term as Coroner of Butler County and is seeking his fifth. While he ran and lost the democratic primary in June of this year, he has had a tremendous amount of support and encouragement to run as a write in. Garlock said, “I checked with the Alabama Secretary of State’s office and was informed that I could run as a write in candidate and made the decision at that point to do so”.Garlock has a resume full of experience which makes him qualified for this position
including:
• Long time paramedic and owner of GEMS
Ambulance Service
• Associates Degree in EMS (Emergency Medical Services)
• Associates Degree in Fire Science and is a former firefighter
with the City of Greenville
• Graduate from Greenville High School where he was active in
JROTC
• Served in the U.S. Army tank division where he received numerous
accommodations for his achievements
• While in the Army, he received an education in criminal justice
• Is an Elder at Walnut Street Church of Christ
He has been married to the former Lisa Howell for 35 years and they have three children, Adam (Kimberly Hittell), Kayla and Kristi and one grandson, Dylan.“I believe that my current years of experience as coroner and
my personal experiences and education make me qualified to hold the position of coroner and I would appreciate everyone’s consideration of writing my name in on the Nov. 6 ballet”, said Garlock. There are specific instructions when writing a candidate’s name in on a ballet. There are flyers circulating Butler County outlining the correct way to write-in a candidate’s name. If anyone has any question as to the write-in procedure, they can contact the Butler County Circuit Clerk’s office at the Butler County Courthouse, or contact the Secretary of State’s office in Montgomery.