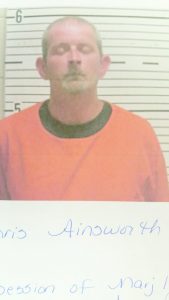 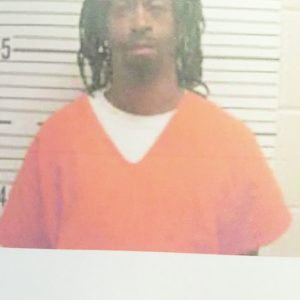 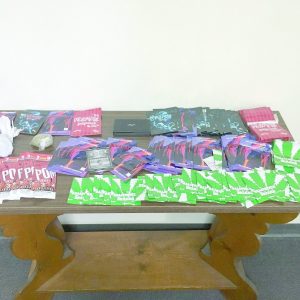 Two men were arrested in Greenville this past week on drug charges. One for possession of marijuana and another for trafficking spice.

According to Greenville Police Chief Justin Lovvorn, on Wednesday, May 5 at around 10 p.m., Chris Ainsworth, age 35 and from Crenshaw County, was driving an older model pickup in Greenville with improper lighting.

Officers conducted a traffic stop on the vehicle and noticed the driver was extremely nervous which aroused suspicion of the possible possession of an illegal substance or item in the vehicle.

The officers were able to search the vehicle and found just under a pound of marijuana in a cloth cooler hidden in the vehicle. The marijuana was packaged in various size plastic bags.

Ainsworth was arrested for Possession of Marijuana 1st degree and Drug Paraphernalia.

Lovvorn said, “This was an excellent job by our patrol division and a good example of our officer’s vigilance in everything they do. I commend their continuous efforts.”

A second, non-related drug arrest was made at 223 Second Street in Greenville on Friday, May 4 around 6:45 a.m. by the Second Judicial Drug Task Force, Butler County Sheriff’s Department and the Greenville Police Department’s Special Response Team after executing a search warrant.

Approximately $800 of synthetic marijuana (called spice) was located and seized from the residence of Patrick Peterson, age 43, and he was arrested and has been charged with Trafficking in Synthetic Marijuana and possession of Drug Paraphernalia.

Lovvorn stated, “I would also like to thank Sheriff Kenny Harden for his assistance in this search warrant and his continuous efforts to work with our department to combat crime.”

Harden stated, “The Drug Task Force has worked very hard throughout the city and county and the arrest was something they had been working on for awhile.”

Both Ainsworth and Peterson were transported to the Butler County Correction Facility after their arrests.

Harden also stated that if anyone has concerns in their community with possible drug or other crime to please give the Sheriff’s Office a call at 334-382-6521.